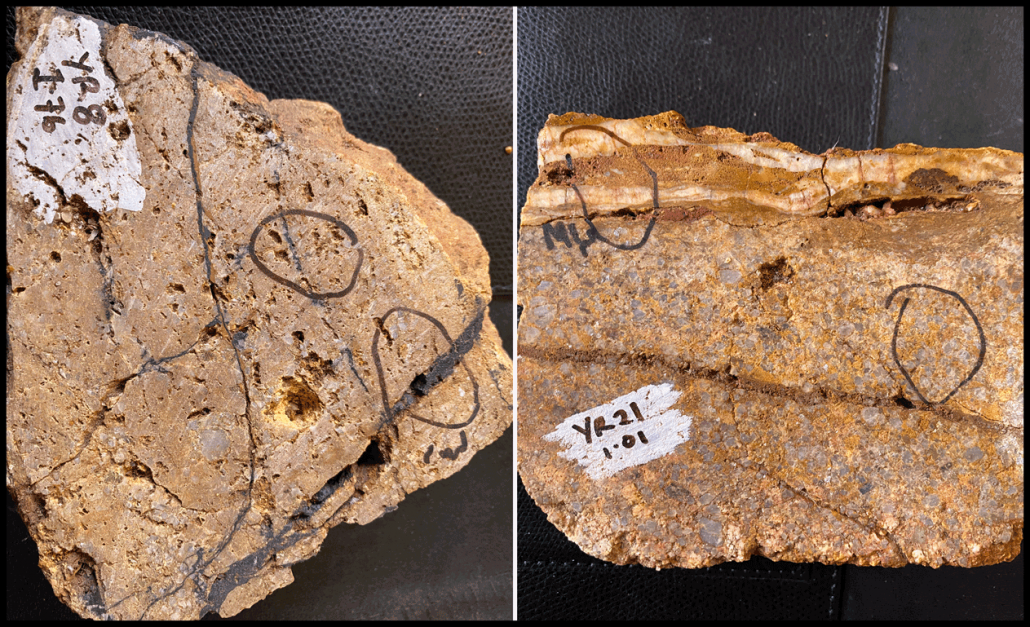 The detailed information has been entered into Micromine and Mapinfo software. Rockchip samples were reviewed and four samples had fire assay gold values of 4.89gm/t YR74, 4.82gm/t YTRD, 1.012gm/t YR21, and YR8 1.756 as well as silver being present.

Six Reefs Discovered On EL6030
Approximately 10.1 km southwest of Yalgogrin is a group of workings comprising the Asia-Wyalong Mine, Rowe and Prestons Mine, and the Sheehan Mine, which were staked as EL6030. Further research has identified six reefs in the Asia Wyalong – Sheehans historic mine area. Magnum Gold NL conducted some auger drilling in 1990. The main workings comprise of three shafts up to 91.5m deep, drives, crosscuts, winzes, stoping and shallow pits extending about 15.3m over the surface. Prior work was mostly carried out between 1932 and 1936 on a number of quartz veins, which were between 0.76 and 2.2m wide. They strike 340o, with a near vertical dip.

Altogether there are six parallel reef lines within a 60m wide strip. They run parallel to the cleavage and include numerous smaller crosscutting veins. The richest gold is reported to have come from the intersection between the main veins and the smaller veins. Officially, a total of 21.225 kg of gold was won from ore yielding 36g/t (1.15 troy oz) Au up to 1936. Fig 3 below shows the arsenic contours that correlate with gold at 20 ppm, eight mine workings, the main shaft and head frame and the auger locations. 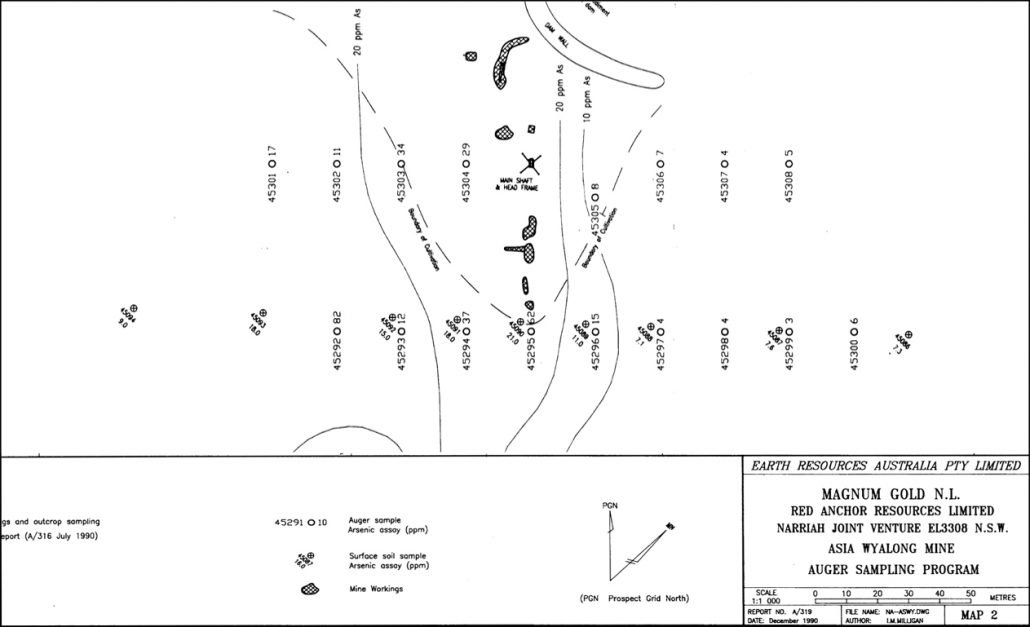 Fig 3. Arsenic is correlated with gold and this map shows the Arsenic (As) contours and old workings. 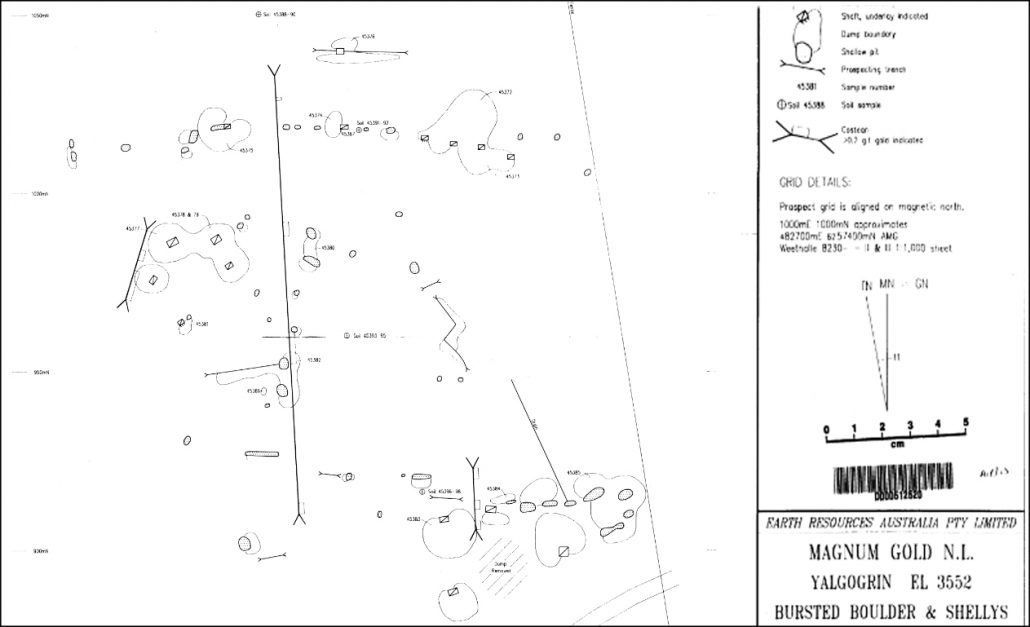 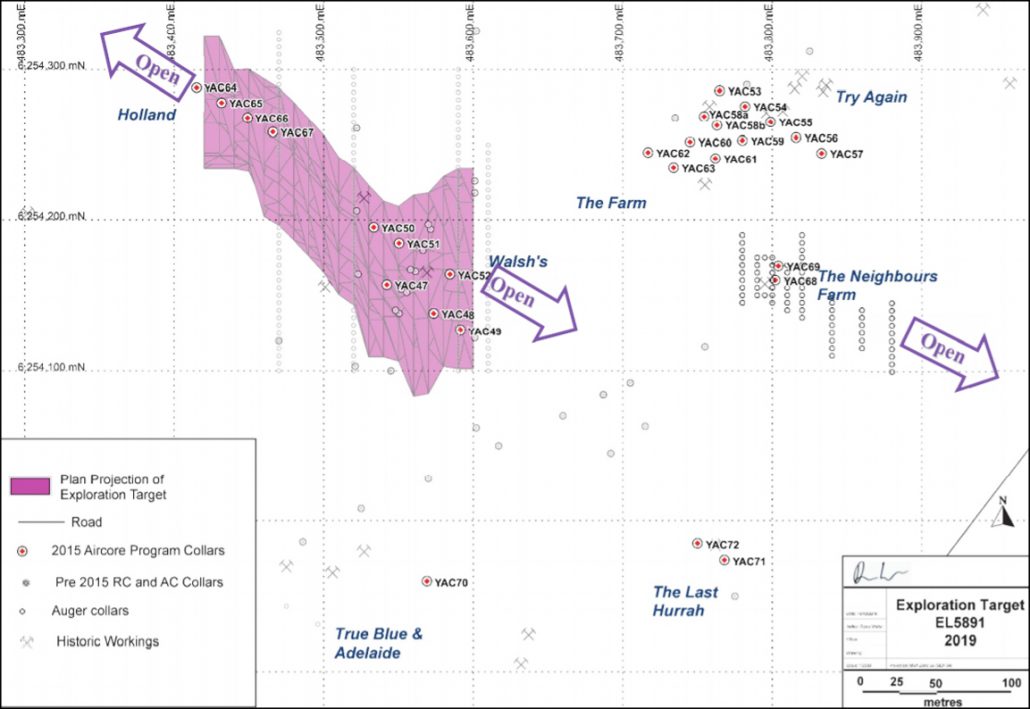 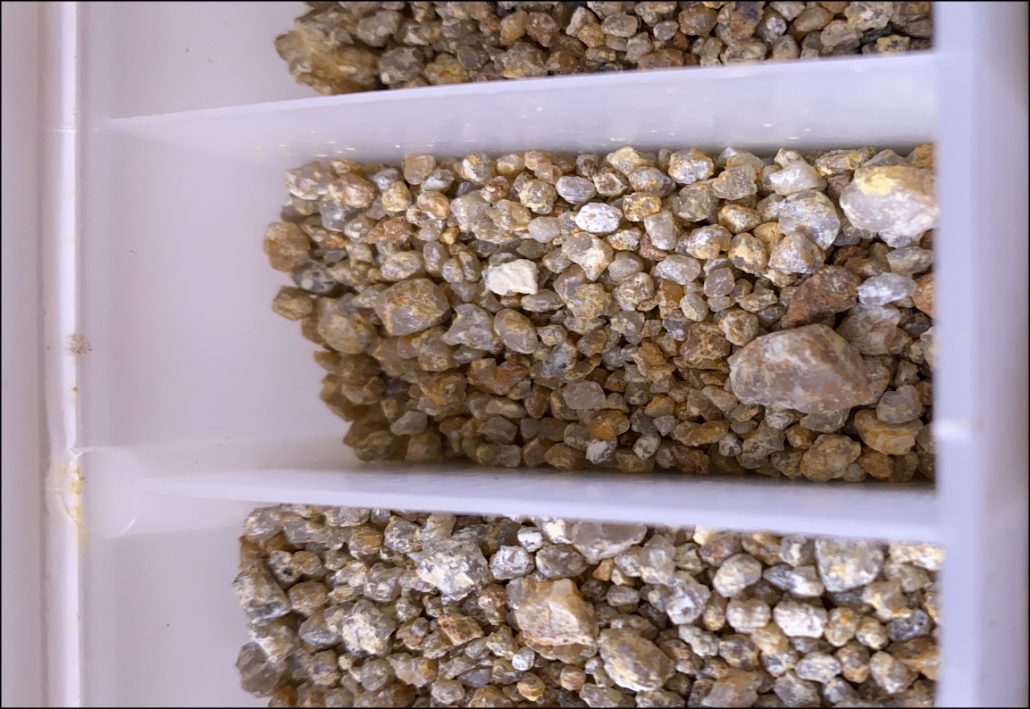 Phillip Thomas, President & CEO of AIS, commented, “AIS is very pleased to have secured this opportunity to explore and develop an advanced-stage

Exploration at the Yalgogrin Gold Project
Interpretation of a 250,000 to 350,000 m3 target extending from the Hollande prospect through to Walsh’s prospect has been ascertained from 21 drill holes (including AC and RC) and three costeans. The body is dipping at approximately 30 degrees to the southwest and interpreted down to 35 m, which approximates base of oxidation evidenced by aircore refusal. The average intercept grade ranges from 0.5 to 2.5 g/t Au within the target. Waste to ore ratio of the interpreted body based on simple pit outline approximates 2:1. The mineralisation is open along strike to both the northwest of Hollande and also to the southeast of Walsh’s as shown in Figure 3.

Phillip Thomas President and CEO stated, “The quality of the comprehensive records kept by the vendor is impressive. All files are up-to-date and reports lodged. The data is easy to access. We look forward to completing the due diligence when we visit the property in the week commencing 27thJuly. The grades of gold and mineralogy are very exciting”. 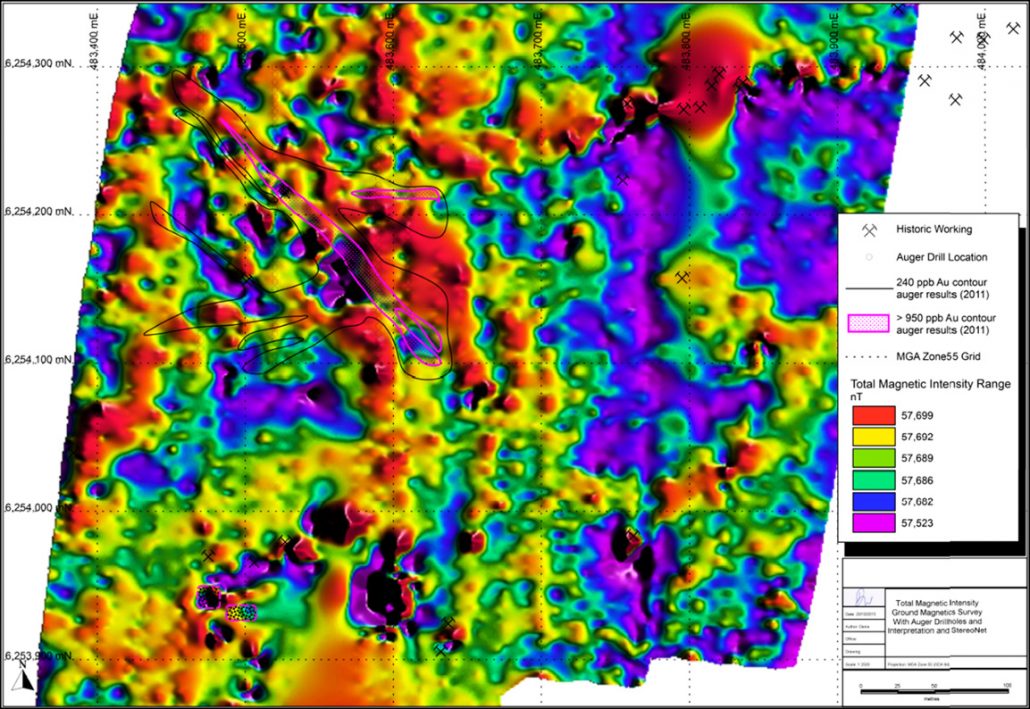 Rehabilitation work has been completed and the report lodged satisfactorily for the 69 auger holes and 27 RC and air core holes. Technical information in this news release has been reviewed and approved by Phillip Thomas, a Director of AIS, who is a Qualified Person under the definitions established by the National Instrument 43-101 and a Certified Mineral Valuer.

About the Yalgogrin Gold Project
The advanced-stage exploration project is located in the Lachlan Fold Belt of NSW in the historic Yalgogrin goldfield. The project covers 5,880 hectares (14,530 acres) and is only37 km west of the town of West Wyalong on the Newell Highway and 595 km north of Melbourne,

About A.I.S. Resources Limited
A.I.S. Resources Ltd. is a publicly traded investment issuer listed on the TSX Venture Exchange focussed on precious and base metals exploration. The Company is managed by a team of experienced mining and geological professionals. AIS has been involved in manganese trading from mines in Peru. In July 2020, AIS entered into an agreement to acquire and develop the Yalgogrin Gold Project in central New South Wales, Australia.