Since the mid-1800s, Australia’s mining industry has grown to the point where, together, mining and the mining equipment, technology and services sector account for approximately 15% of Australia’s gross domestic product and support (directly and indirectly) 1.1 million jobs – around 10% of Australia’s total workforce, according to the Minerals Council of Australia.

“Mineral exploration in Australia is absolutely booming right now,” says Alistair Waddell, President and CEO of Inflection Resources. “Australia’s federal and state governments in conjunction with Geoscience Australia have done a spectacular job in compiling vast amount of quality exploration data with a large number of world-class precompetitive initiatives that are unlike any I have seen anywhere else.  This long-term commitment to exploration and the mining industry in general is to be commended and ultimately has led to a number of new discoveries in recent years.” 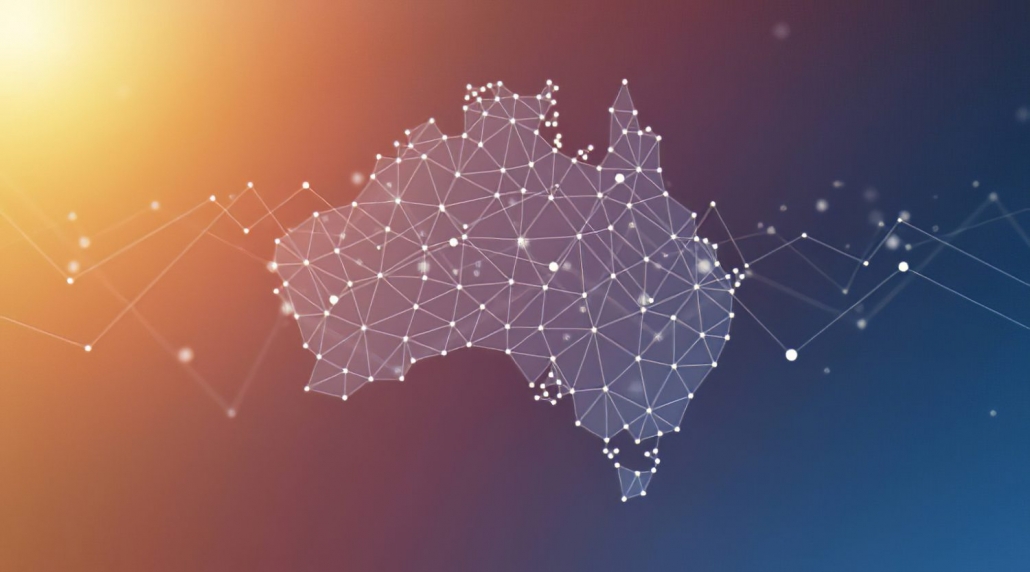 The Fraser Institute ranks Australia near the top of the best mining jurisdictions.

Australia is among the top five producers of most of the key minerals. The island continent is the world’s leading producer of bauxite, alumina, rutile and tantalum, the second largest producer of uranium, lead, ilmenite, zircon and lithium and the third largest producer of iron ore and zinc. Behind only China, Australia’s gold mines produced about 321 tonnes of gold in 2019. Australia was expected to become the world’s biggest gold producer in 2020; however, we will have to wait to see the numbers that will be modestly impacted by the COVID-19 industrial suspensions.

The Olympic Dam Mine in South Australia is a copper, silver and uranium mine believed to have the world’s largest uranium resource, and in 2018 produced 6% of world production.

Currently, there are three high-profile regions being targeted for exploration – the Lachlan Fold Belt in New South Wales and Victoria, where there are major mines such as Kirkland Lake’s Fosterville, Newcrest’s Cadia – Australia’s biggest gold mine – and Evolution Mining’s Cowal; the Paterson Province of northwestern Western Australia; and to the west of Paterson, the Pilbara region.

The State of Victoria in southeastern Australia is seeing a resurgence in modern gold exploration in its own “Golden Triangle” with a recent influx of Canadian junior exploration companies.

In recent years, Canadian explorers have also been attracted to the Pilbara region where some spectacular gold discoveries have been made. Exploration conducted at Beatons Creek and Marble Bar by geologists with Novo Resources produced indications that gold-bearing conglomerates at both locations are similar to their South African counterpart – the Witwatersrand. Other Canadian explorers have also joined in the gold hunt to follow-up on the gold discoveries. 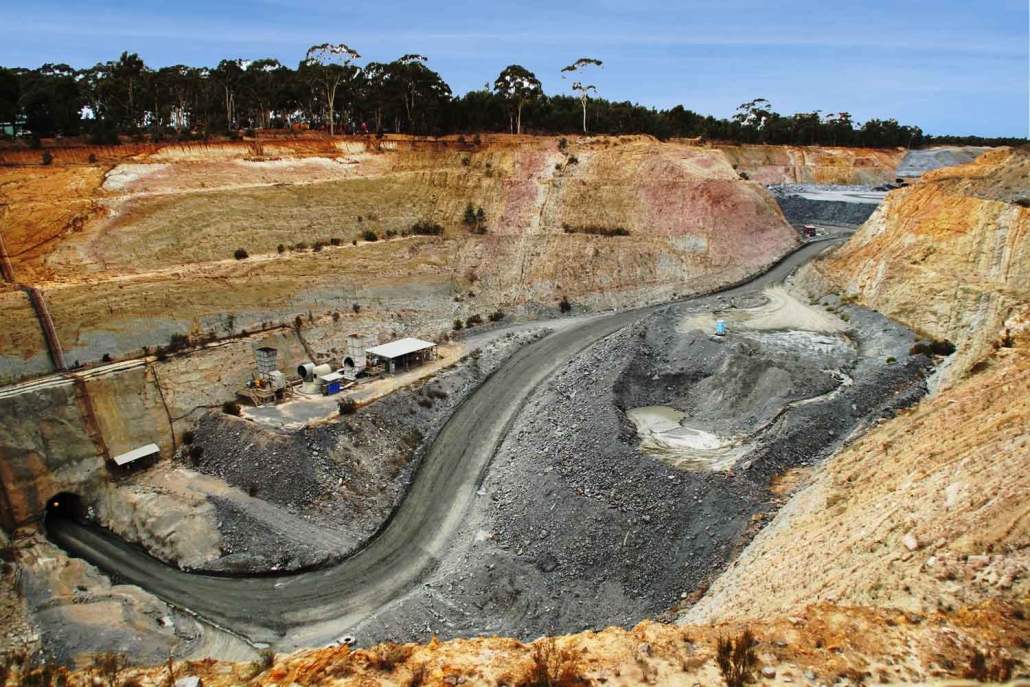 Phillip Thomas, President and CEO of A.I.S. Resources, told Resource World, “There are several hundred metals and mining companies
in Australia that are trading on the ASX and some on the TSX Venture Exchange as well – mostly explorers. While a few are advanced enough to build a mine, the issue in Victoria, southeast Australia, is that there are only one or two available gold smelting facilities for taking concentrated ore and turn it into gold. However, the Fosterville and Costerfield mines are producing gold from their own facilities.”

Thomas said, “Some Australian-based companies have been dual-listed, but a single Australian listing seems to be prevailing. Maybe it’s the parochial nature of Australians investing overseas. Up until recently, it has been difficult for Australian companies to open up brokerage accounts in other countries but this is changing with online brokers. Many investors just want to stay with the ASX. A number of TSX-listed companies are dual-listed on the ASX.”

Not counting the sudden drop in the gold price on October 28, Thomas said that with the rising price of gold, it has been easier for Australian junior explorers to raise exploration funds. “Generally speaking, at the present time most short to medium-term investors are favouring mining stocks over industrials,” he remarked.

Australia is a big continent and there are regions in Australia that are either ignored or under-explored. “Based on its geological data, the Victorian government resources division thinks there are at least 75 million ounces of gold to be discovered and mined in Victoria State,” Thomas commented. “These deposits are hidden under deep cover in some instances and need to be found using geophysics, geochemistry and then drilling. You just can’t explore for gold in quartz on the surface and start mining anymore.”

In New South Wales, the Lachlan Fold Belt is similar and prolific. There, historically, no one had explored below the water table; however, that’s what we are currently doing along with a few others using geophysics and modern techniques..

For explorers, miners and investors, Australia offers a politically stable, extremely pro-mining jurisdiction with secure mineral tenure, solid government support and a great deal of prospectivity that will no doubt lead to discoveries.

The 100%-owned Fosterville-Toolleen Gold Project is located in the Lachlan Fold Belt in Victoria State, southeast Australia, where the Toolleen Gold Zone was an underground past producer grading 10 g/t gold where production was 7,000 tonnes from the top 60 metres. The region is highly mineralized due to the faulting structure and epizonal deposition with other exploration projects and mines nearby. For example, Kirkland Lake Gold’s Fosterville Gold Mine (reserves of 2.62 million oz) is only 12 km away.

Other companies such as Rio Tinto and Freeport have explored the Fosterville-Toolleen property in the past which included mapping and interpretation of paleo-channels with the current vendors having completed deep ground penetrating radar and air-core drilling. In May 2018, sixteen holes totalling 411 metres of air core drilling was completed. A small open pit alluvial deposit was mined in 2003. 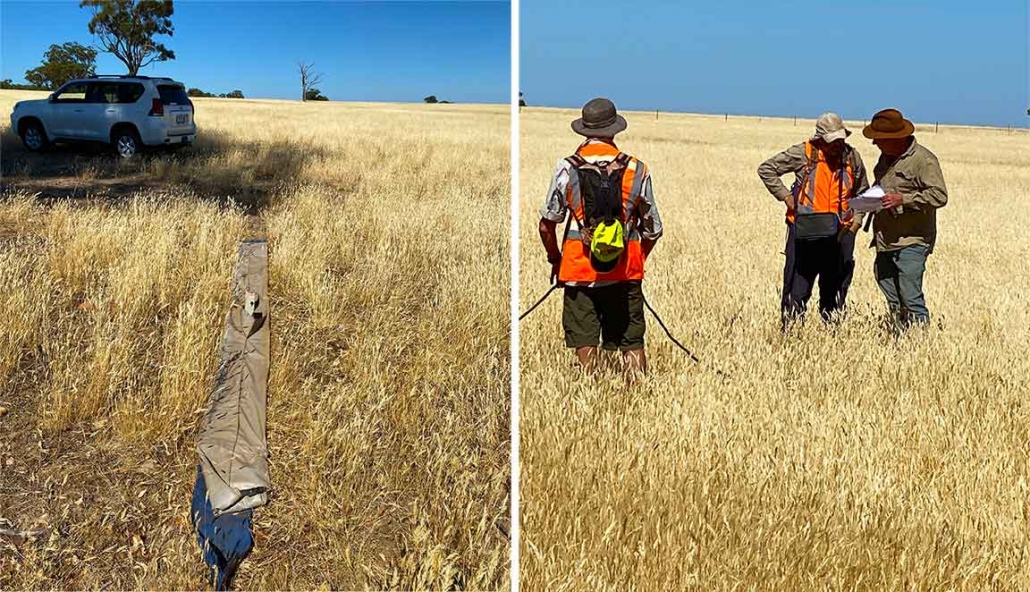 For 2020/2021 exploration, the drill target is alluvial and reef gold at the base of terraces of older lead channel material at the Belle Vue Project area that will be developed using deep ground penetrating radar. Drilling will be conducted with a series of close-spaced traverses with the number of holes dependent of early drill hole success.

Field mapping and metal detecting has confirmed the presence of auriferous older Lead channels at Belle Vue. An initial preliminary field inspection located outcropping quartz reefs in Ordovician turbidites and alluvial gravels in windows in the thin glacial cover. Both the reef and gravels were close to detected nuggets. The objective of the current program is to conduct initial tests of gold endowment in the lead system before expanding field mapping and GPR surveying. This would be followed by more drilling and then mining operations. A land-based passive seismic survey is also under consideration to detect contacts and quartz reefs.

Significant shallow gold has been discovered with air core drilling less than 20 metres from surface and prospective drill targets have been identified by magnetic surveys. A ground IP geophysical survey is planned this Australian summer. A.I.S. considers the project ideal for heap leach gold recovery of both high and low-grade mineralization.
A.I.S. Resources is continuing due diligence on its new Kingston gold project near Navarre in northwestern Victoria State. This advanced gold project is located in Victoria’s Golden Triangle and encompasses two areas – the North Kingston EL and the Ararat EL. 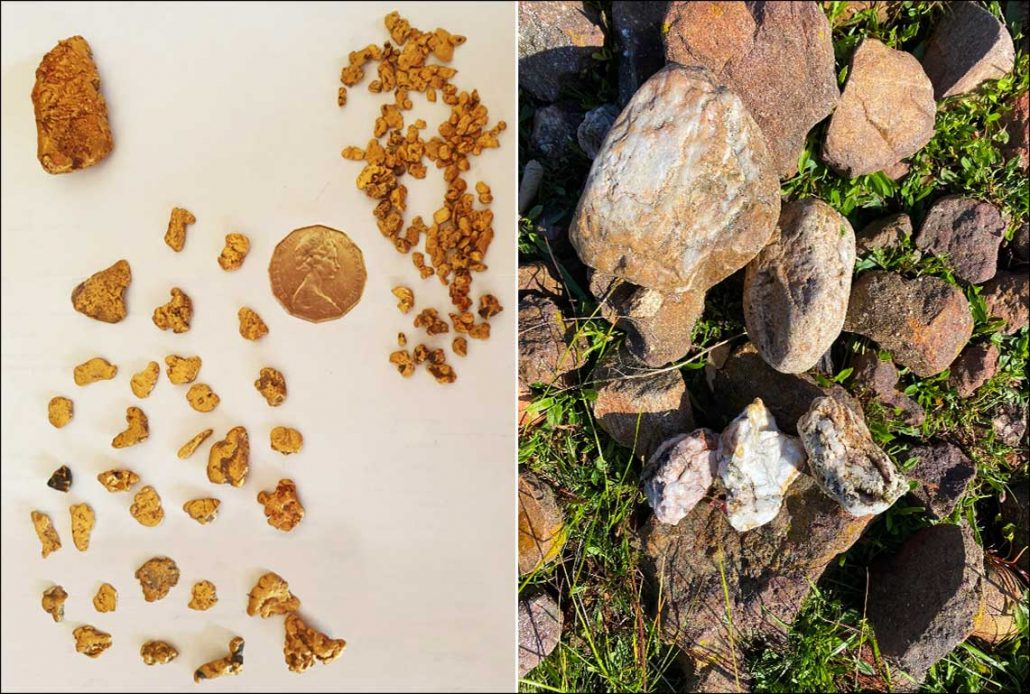 The company has been granted an option to conduct due diligence and formalize a sale and purchase agreement for the project that covers 167 km2, but excluding prospecting licence (PL) PL007020 contained within the exploration licence area, an area of 5 hectares (0.05 km2).

Phillip Thomas, CEO, said, “Our objective is to explore for larger zones of gold mineralization. The main target area near the Kingston mine has an extent of some two kilometres of strike compared to the 160 metres of strike tested by recent drilling at the historic Kingston shaft area. The extent of historic workings and gold and soil geochemical anomalies will be pursued. It is rare to find a late-stage exploration gold project in Victoria with such a significant amount of quality data and prospectivity. With COVID-19 restrictions, going to Phase 2 in Australia and summer approaching, our timing is very good.”