A.I.S. Resources Chairman Martyn Element joined INN at to discuss his company’s progress in the manganese market, the future of electric vehicles and the dominant trends that are most likely to shape the resource industry moving forward.

A.I.S. Resources (TSXV:AIS,OTCQB:AISSF) Chairman Martyn Element joined the Investing News Network at the Vancouver Resource Investment Conference to discuss his company’s progress in the manganese market, the future of the electric vehicle market and the dominant trends that are most likely to shape the resource industry moving forward.

A.I.S. Resources recently completed sourcing and shipping an order of manganese to send to a client in China. The 292 dry metric tons of manganese were assayed at 53.66 percent by the purchaser following shipment.

According to Element, the move towards electric vehicles has created significant demand for manganese, lithium, copper and other metals commonly used in rechargeable batteries and the vehicles themselves. Despite the potential in similar industries, Element maintains that A.I.S. Resources is focused on the manganese industry. However, there is potential for a new company to be created by A.I.S. as an investment issuer moving forward.

Below is a transcript of our interview with A.I.S. Resources Chairman Martyn Element. It has been edited for clarity and brevity.

Investing News Network: What is the name of your company, what is its symbol, where would we find you and which market?

A.I.S. Resources Chairman Martyn Element: We are on the TSXV and have been around since 1968. We’ve never been consolidated and never been rolled back. The company is an investment issuer, A.I.S. Resources, and our symbol is AIS.

INN: And you’ve been around for a little while.

ME: I’ve personally been around for a little while; I was a broker in the early 1980s in corporate finance. I finished up with a local firm here as Director of Corporate Finance for Pacific International. I had a client that was beginning to take a lot of my time so I went full-time with the client and that was called Clearly Canadian. I found them their first money and I found all the money for Clearly Canadian, which, of course, went from 50 cents to C$31 a share. So I left Pacific International and went on my own in corporate advisory and corporate finance.

INN: For those who don’t know what manganese is, why is this an important element as we move into the green sector?

ME: It’s not a well-followed metal, but it’s beginning to be now as it’s starting to come into vogue. There’s quite an accomplished fellow who is a director over at Canaccord — he has a deal called Euro Manganese that he’s going to be producing from a tailing situation just outside Prague, and he’s going to be producing manganese in 2024. He’s capped at about C$30 million I think, so it’s significant money he’s got. He’s single-handedly putting manganese a little bit more on the map. Manganese is used as a strengthener in steel traditionally, but it’s now beginning to be used more in futuristic car batteries. Manganese and cobalt are two of the metals that are being integrated into these longer extended batteries.

Manganese is starting to get the spotlight and cobalt is beginning to get the spotlight as well. We looked at the lithium market and lithium had quite a significant correction. With all these new cars coming out, I’m sure we’ll be seeing a lot more lithium in the future. However, we looked at manganese and we decided that we didn’t want to mine it, we didn’t want to get involved in that, but we saw an opportunity to start getting involved in the trading of manganese. So we shipped our first manganese as a company about two months ago now, and we are expecting to have news of that shipment soon. There’s a learning curve, but it was a small amount relatively speaking. We shipped 400 tonnes of product which is still 21 or 22 containers, so it was a lot of work but we got it done and we hope to be in a position to announce that shortly. We’ve now discovered that in this marketplace to be a meaningful player will require a minimum of 5,000 tonnes.

Peru is not the country for that sort of quantity. So we’ve now gone further afield and we’re now sourcing in Zambia and indirectly into Tanzania and Brazil with larger amounts because for those sorts of quantities you’ve got to be able to have the supply. My CEO is a very accomplished fellow, he’s a mineral adviser in Australia, he’s one of 12 men in Australia considered in such high esteem, so he’s very qualified in all metals. He’s doing a lot of the sourcing and we are going to be the agent on these trades. To give you an idea about the money involved, on a 5,000-tonne order, our revenue at the end of the day would be just over US$1,000,000, so there’s a lot of money at stake here.

We’re all very excited about what we’re doing. We’re getting a reputation, we’re new guys, but we’re not without a resource and we’re not without players in the world and they are looking. One of the reasons there’s been a delay with our shipment is that the price of manganese went down and now it’s coming right back to where it was six months or nine months ago, which is more than holding its price, so it’s a nice place to be.

INN: Do you foresee demand for more battery power?

ME: That’s coming. People like Tesla (NASDAQ:TSLA) and these big companies are starting to get a little nervous. They’re forward buying products like manganese and lithium of course because they don’t want to get caught. When the wave comes, it’s going to be bigger than anybody would ever estimate.

INN: You touched on lithium as one of the commodities that you’re still in. Where is your lithium project at?

ME: We went into Argentina and we drilled three properties. We hit lithium on all three, but we didn’t get the parts per million. So, we didn’t get it. Millennial Lithium (TSXV:ML,OTCQX:MLNLF) did. They drilled less than 30 kilometers from one of our wells and they hit but we didn’t; it was a mother nature situation.

Now they’ve just recently changed the government again in Argentina and things are getting out of control a little bit there with inflation, the new president and a lot of the business philosophy. So, we’ve kept some key personnel in Argentina and we’re closely monitoring the situation. We’re not walking away, we’re just keeping it close. So we’re keeping our hand in but we’re not going after anything at the moment in the lithium field, we’re focusing on manganese.

INN: What are your connections like in Asia? Who do you have as a representative that’s out helping to tell your story in those complex marketplaces?

ME: The people we met in Montreal are employed close to the Chinese government and they have been incredible. We have two ladies working for us who have been successfully sourcing supply for us. I have a very close personal relationship with a very famous racing car driver, Emerson Fittipaldi from Brazil. He has told me that he’s very keen once we have a track record of success. He’s been working in China with the two biggest car manufacturers in China and the largest car manufacturer in Korea, which is KIA (KRX:000270). He said, “Martyn, when the time comes, I will take you and we will go together to meet the guys that run these plants but we have to have the success of a few things.”

So I have a few options through him. I’m going to put an advisory board together in the coming months along with some fund manager friends of mine out of Australia. We’ll have Emerson, of course, heading up the advisory board as well and I think it’s all going to come together really nicely.

INN: How important do you see manganese being in the future development of automotive batteries?

ME: Mercedes Benz is buying forward, buying lithium and other metals as we speak and they have to because the world is waiting for the explosion of cars. They’re coming on now fast and furious, with the Volkswagen (OTC Pink:VLKAF,FWB:VOW) Golf, even Volvo is going 100 percent electric by 2025. I’ve driven an electric car now for three or four years and I absolutely love it. My last car was an exotic; I had an Aston Martin DB9 Volante and it was a beautiful car. But then it was just too fast and I didn’t need it, so I’ve got an electric vehicle, a Nissan (OTC Pink:NSANY,TSE:7201) Leaf, and I love that car. Now I’m looking at the Jag, the new SUV electric that they have.

INN: Right. You’re connected to other markets as well aren’t you?

ME: Yes, yes. Well, all markets. We’re covering a lot of different things with gold through our endeavors in Peru. After two or three months, a group brought us a really nice gold property that is producing gold from two veins. Philip Thomas, a certified Mineral Valuer and Geo Scientist with the Australian Institute of Mineral Valuers and Appraisers, went out and had a close look at the property and he thinks there’s potential there for the swarming of veins that could reveal 12 to 18 veins, but it needs a little bit of money spent on it. We’ll earn our way up to 50 percent on a cash-flowing small gold mine.

There’s a county in the world that has changed all its mining laws and we’ve been working closely with some representatives there on very, very big projects in the gold world. But I don’t want to confuse investors. We have geared towards manganese. If we do something in a big way in gold, we won’t do it directly. Because of the way A.I.S. is structured, we can put an umbrella over a big deal coming in and we can vend it out quite successfully. Then you take the shareholders from A.I.S. and they get a piece of the action as we give birth to another company.

INN: OK, for somebody at home watching right now. What is my investment opportunity with you at the moment?

ME: You’ve got a company that’s capped at C$3.5 million, which of course is nothing these days. The major shareholders in A.I.S. are very big players because of my reputation and where I’ve been and they’re all staying in there, hanging in at five cents. So I think as we close on some of these bigger manganese transactions, the stock is just going to go up, very substantially and very quickly. It’s an opportunity to put some investment into the current situation and be ready for significant developments very, very shortly.

We’ve got the infrastructure, we’ve got the players and we’ve got the pedigree with me and my successes. I’m watching the market and I’m thinking you can’t ignore gold right now. I’ve got a lot of people who’ve said to me, “Look, if you do something, we’ll do something significant with you as well.” So, I’m very confident. As I’ve stressed, we will be managing, we won’t be mining, we’ll be creating another company within A.I.S. as an investment issuer.

INN: Wonderful, thank you very much.

ME: Thank you for a great interview. Thank you. 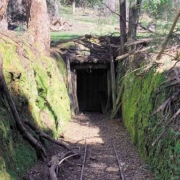 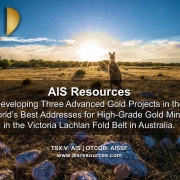