The Continuance to British Columbia and adoption of the new charter documents has not resulted in any substantive changes to the constitution, powers or management of the Company, except as described below.

Nothing that follows should be construed as legal advice to any particular shareholder, all of whom are advised to consult their own legal advisors respecting all of the implications of the Continuance.

The Notice of Articles and Articles under the BC Act provide for authorized capital consisting of unlimited number of common shares without par value and unlimited number of preferred shares without par value, whereas the authorized capital of the Company under the Bahamas Act was $15,000,000 in the currency of the United States of America which could be issued in any combination of common or preferred shares of no par value and convert all of the issued shares to no par value common shares. The attributes of the Common Shares are, in most material respects, similar to the attributes of the common shares previously outstanding under the Bahamas Act. The Preferred Shares may include one or more series and, subject to the BC Act, the directors of the Company may, by resolution, if none of the shares of that particular series are issued, do one or more of the following:

Vote Required for Certain Transactions
Under the BC Act, certain extraordinary corporate actions, such as certain amalgamations, continuations and sales, leases or dispositions of all or substantially all a company’s undertaking other than in the ordinary course of business, and other extraordinary corporate actions such as liquidations, and (if ordered by a court) arrangements, are required to be approved by special resolution. A special resolution is a resolution (i) passed at a meeting by not less than two‐thirds of the votes cast by the shareholders who voted in respect of the resolution, or (ii) approved in writing by all shareholders entitled to vote on the matter.

The Bahamas Act provides for mergers and consolidations, in certain circumstances, and in such case would require, unless otherwise specified in the Articles, consent of an ordinary resolution of shareholders. The Bahamas Act also provides that upon a merger or consolidation, the holders of not less than 90% of the shares may direct the company to redeem the shares held by the remaining shareholders.

As mentioned above, the Articles adopted by the Company provide in Article 10.1 that the following matters may be approved by resolution of the directors:

Further, Article 10.3 of the Articles to be adopted by the Company permits an alteration to the Company’s Notice of Articles in order to change its name or adopt or change any translation of that name.

Under the Bahamas Act, the Bahamas Articles may be amended by ordinary resolution, which requires the approval of a majority of the votes cast at a meeting (or such greater number as may be specified by the Articles of Association) or approval in writing by all shareholders entitled to vote on the matter. The Board may not effect amendments to the Bahamas Articles on its own.

The Bahamas Act provides that shareholders are entitled to payment of the fair value of their share upon dissenting from:

Oppression Remedies
Under the BC Act, a shareholder, or any other person whom the court considers to be an appropriate person to make an application, has the right to apply to court on the grounds that:

On such an application, the court may make such order as it sees fit including an order to prohibit any act proposed by the Company.

The Bahamas Act does not provide for a similar remedy.

Duties of Directors and Officers
Under the BC Act, in exercising their powers and discharging their duties, directors and officers must act honestly and in good faith, with a view to the best interests of the Company and exercise the care, diligence and skill that a reasonably prudent person would exercise in comparable circumstances. No provision in the corporation’s notice of articles, articles, resolutions or contracts can relieve a director or officer of these duties.

Fiduciary obligations of directors under Bahamas Act are substantially the same as under the BC Act. The Bahamas Act does not directly address the issue of the limitation of a director’s liability, however, Bahamas public policy will not allow the limitation of a director’s liability for his or her own fraud, willful neglect or willful default. In addition, the Bahamas courts would be expected to follow English precedent in respect of fiduciary duties of the directors and officers of a company.

Under the Bahamas Act a company may provide for the indemnification of its directors, officers, employees and agents if he acted honestly and in good faith with a view to the best interests of the corporation and, in the case of a criminal or administrative action or proceeding that is enforced by a monetary penalty, had reasonable grounds for believing that his conduct was lawful.

Income Tax Considerations
Shareholders should consult their own tax advisers with respect to the income tax consequences to them of the Continuance under federal, provincial, territorial and other applicable tax legislation.

About A.I.S. Resources
A.I.S. Resources Ltd. is a TSX-V listed investment issuer, was established in 1967 and is managed by experienced, highly qualified professionals who have a long track record of success in lithium exploration, production and capital markets. Through their extensive business and scientific networks, they identify and develop projects worldwide that have strong potential for growth with the objective of providing significant returns for shareholders. The Company’s current activities are focused on the exploration and development of lithium brine projects in northern Argentina. 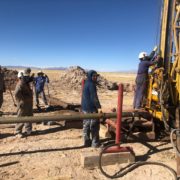 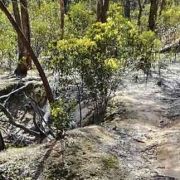 A.I.S. Up 42% on Manganese Shipping Update