The Kingston Exploration Licence (EL006318) covers 167 sq km near the township of Navarre. AIS has received a significant amount of geological, geophysics and geochemistry data from current and previous explorers. 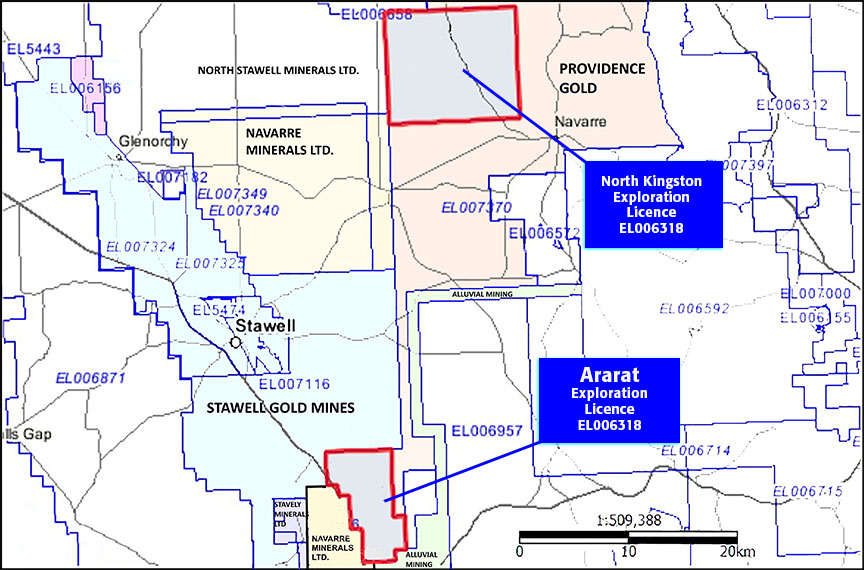 Previous exploration at North Kingston EL was undertaken by BHP/WMC under joint ventures with Southern Continental, Hume Mining and Platsearch. BHP commenced exploration between 1931-32 at the North Kingston EL by sinking a shallow prospecting shaft situated approximately 25 metres northeast of the Old Kingston Mine shaft.

From 1986 to 1989 Western Mining Corporation recognised the potential for high-grade mineralisation associated with quartz reefs. Magnetic units that fall along the Kingston Landsborough trend have gold occurrences in outcropping areas, making this magnetic trend a favourable corridor for hosting gold deposits. Previous drilling by Hume Mining and WMC has intersected 1m at 15.4g/t Au and 2m at 24.8g/t away from the Kingston Mine area.

In January 2012 Navarre Minerals Limited which held the concession at the time announced diamond drill results of 16.9m at 5.5g Au/t from a depth of 65.7m down-hole, including 3.1m at 29.5g Au/t. Visible gold was identified between 65.7m and 65.9m down-hole within a quartz breccia on the hanging wall side of a quartz lode structure. 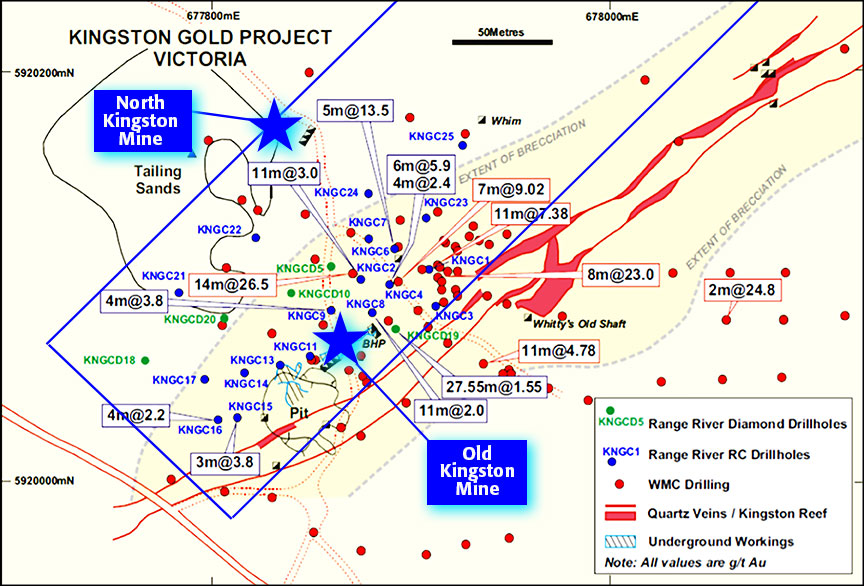 HQ Diamond Drilling was undertaken in four holes in March 2019 near the Old Kingston Mine site. Holes SWK001 to 4 were drilled by Starwest Drilling contractors to a depth of 70 to 80m. There was a range of results up to 24.27g/t Au. 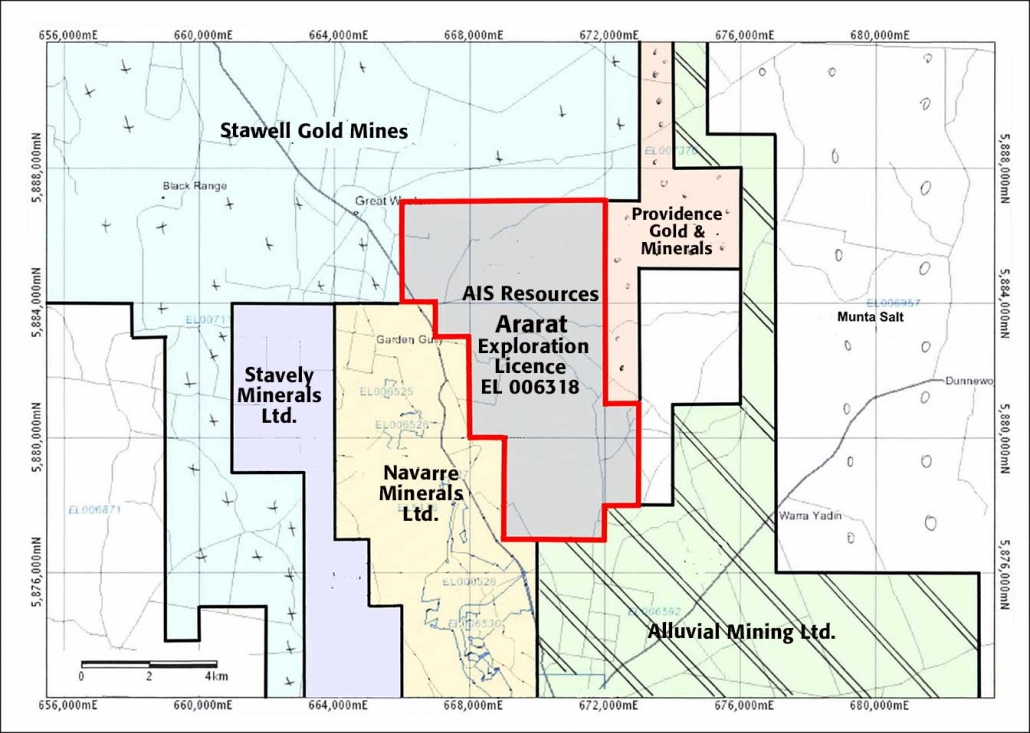 Commenting on the project, Phil Thomas, stated, ”Our objective is to explore for larger zones of gold mineralisation. The target area has an extent of some 2 kilometres of strike compared to the 160 metres of strike tested by recent drilling at the historic Kingston shaft area. The extent of historic workings and gold and soil geochemical anomalies will be pursued. It is rare to find a late stage exploration gold project in Victoria with such a significant amount of quality data, and prospectivity. With COVID-19 restrictions going to phase 2 in Australia and summer approaching our timing is very good.

About the Toolleen-Fosterville Gold Project

The Tooleen-Fosterville Project includes the 26 sq km EL6001 located 12km from Kirkland Lake’s 7.58 Moz Au Fosterville Gold Mine (KL: NYSE) and 42km from Bendigo, Victoria. The property has Permian glacials that have yielded gold nuggets on the surface. The property also includes an abandoned alluvial mine.

About the Yalgogorin Gold Project

A.I.S. Resources Limited is a publicly traded investment issuer listed on the TSX Venture Exchange focused on precious and base metals exploration. The Company is managed by a team of experienced mining and geological professionals, with a track-record of successful capital markets achievements. In July-August 2020, AIS entered into agreements to acquire and develop the Toolleen-Fosterville Gold Project in Victoria Australia, in September the Kingston Gold project in the Victoria Golden Triangle near Navarre, Victoria, and the Yalgogrin Gold Project in central New South Wales, Australia.