Vancouver, British Columbia – A.I.S. Resources Limited (TSX: AIS, OTCQB: AISSF) (the “Company” or “AIS”) announces that the initial results from the Deep Ground Penetrating Radar of the Fosterville-Toolleen Gold Property have been received. Response anomalies are evident in the preliminary results with early output provided by LozaRadar in a colored 2D section set out below. The strong near surface response is yet to be fully interpreted, however, early data analysis suggests the existence of a shallow channel development that may be gold bearing.

Phillip Thomas, CEO commented “Denis Walsh, our Chief Geologist and I are delighted with the initial results achieved so far and the structures shown by the radar. Fosterville hosts three distinct mineralization styles: (a) refractory gold in fine-grained arsenopyrite (b) visible gold hosted in fault-controlled quartz-carbonate veins associated with stibnite mineralization, and (c) vein-hosted visible gold with little or no associated stibnite. We are seeking to identify styles or variations of (b) or (c) from the data interpreted so far. This is an important phase in the exploration program and drilling will prove up our mineralisation model.”

Ordovician basement contact is thought to be represented in part by the aquamarine-grey/yellow contrast depicted in the section below. This means that any reefs or quartz veins containing gold are shallow and less than 25 metres. This is one of the five lines of radar completed. The remaining data is expected to be received in January 2021.

The primary target on the Toolleen tenement EL006001 is Ordovician aged meta-sediments common in the Fosterville* area. The setting of EL006001 is located within a favorable structural framework within the Bendigo Zone which hosts the Fosterville deposit. Rocks of the approximately the same age also mapped in various positions across EL006001. Fosterville is principally related to a series of NNW trending reverse faults in the hanging wall of the regional Redesdale Fault whilst 12km to the east Toolleen, is located in the hanging wall of the Heathcote-Mount William fault zone understood from government seismic data to be a significant west dipping thrust.

AIS Resources’ Chief Geologist Denis Walsh will further assess the outputs integrating topographical data, available surface and subsurface geological understanding (magnetic and gravity data) and location of reported nuggets to extract the maximum value out of the data to progress exploration for gold deposits. It is expected that understanding the radar results of the survey will significantly enhance further exploration program results.

A soil geochemistry program utilizing a low detection partial extraction method suited to areas of shallow cover is being planned over EL006001.

Fig. 2 – Map of the traverses of the Deep Ground Penetrating Radar – shown as green lines on the map.

Regional gravity images of EL006001 show a significant gravity feature that does not show on the magnetic image, indicating a different source rock type than the highly magnetic and highly dense units to the east in the footwall of the Heathcote-Mount William fault zone. The regional gravity dataset is based on broadly spaced stations so a more detailed ground gravity program is planned to confirm the regional and local picture. Subsequently, a drilling program is planned to test for primary and secondary sources of nuggets, results from soil geochemistry and features identified in the radar geophysics and gravity surveys. 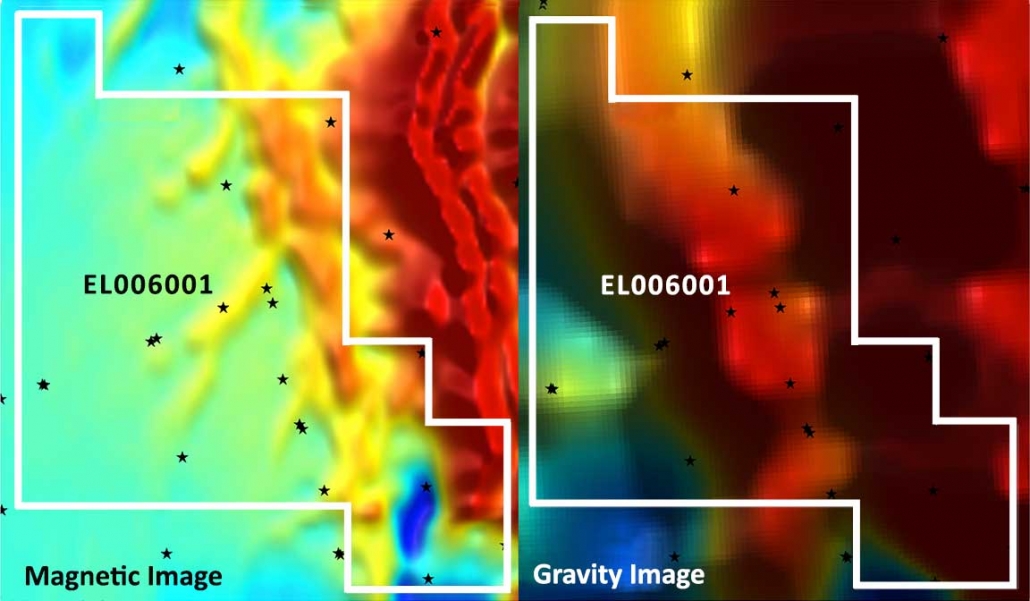 Technical information in this news release has been reviewed and approved by Phillip Thomas, BSc Geol MAIG who is a Qualified Person under the definitions established by the National Instrument 43-101.

A.I.S. Resources Limited is a publicly traded investment issuer listed on the TSX Venture Exchange focused on precious and base metals exploration. AIS’s value add strategy is to acquire prospective exploration projects and enhance their value by better defining the mineral resource with a view to attracting joint venture partners and enhancing the value of its portfolio. The Company is managed by a team of experienced geologists, with a track-record of successful capital markets achievements. In November 2020, AIS received TSX-V approval to acquire the New South Wales Yalgogrin Gold Project JV, the Fosterville-Toolleen Gold Project and the Kingston Gold Project in Victoria Australia.