Vancouver, British Columbia – December 1, 2017 – A.I.S. Resources Limited (TSX: AIS, OTCQB: AISSF) (the “Company” or “AIS”) is pleased to announce that it has begun exploration activities in the Salar de Quirón, (the “Chiron Project’) in the Province of Salta, located approximately 10 kilometers from the township of Pocitos.

The Chiron Project is comprised of the following concessions:

Environmental impact assessments have been completed on all four concessions. Applications for sampling, seismic, and 6,000 metres of drilling have been submitted.

A VES geophysics study is being prepared by Quantec Geoscience Argentina S.A. to cover the newly acquired concessions.

AIS has planned an intensive exploration program of sampling, mapping, geophysics and drilling for the period December 2017 – March 2018 and plans to complete a NI 43-101 compliant study in the first quarter of 2018.

Previous Exploration in the Salar de Quirón
The 60-kilometre-long Pocitos salar basin has been previously drill tested with 12 shallow holes in 1979 by an Argentine government agency. The most significant result from the historical work programs includes a shallow drill hole, which averaged 417 parts per million (ppm) lithium and 15,300 ppm potassium. However, AIS’s recent research suggests that highly concentrated brines are at 100-350 meters depth.

AIS has completed research to understand the likely occurrence of lithium rich brines in the Salar at depth. The research model suggests that at least three adjacent salars in the region of the Salar de Quirón have been exposed to significant tectonic and volcanic events during the Proterozoic period “burying” previously existing salars at depths of 100-350 meters. AIS intends to determine the extent of this hypothesis.

In 2010, Li3 Energy Inc. announced the results of 46 brine samples taken immediately east of the Chiron Project, with brine assays ranging from 300 ppm to 600 ppm lithium.

Marc Enright-Morin, AIS President and CEO, commented: “Very encouraging results from nearby explorers classify the Chiron Project as having significant prospectivity. We look forward to testing the hypothesis that highly concentrated brines exist at depth through our upcoming program of geophysics and drilling. Our strategy is to fast track both our Mina Guayatayoc and Chiron Projects.”

About A.I.S. Resources
A.I.S Resources Limited a TSX-V listed investment issuer, was established in 1967 and is managed by experienced, highly qualified professionals who have a long track record of success in lithium exploration, production and capital markets. Through their extensive business and scientific networks, they identify and develop early stage projects worldwide that have strong potential for growth with the objective of providing significant returns for shareholders. The Company is currently focused on the exploration and development of lithium properties in Northern Argentina. 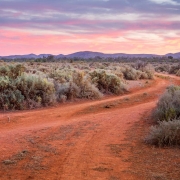 A.I.S. Resources Announces Continuation of Corporation to the Jurisdiction of British Columbia, Canada