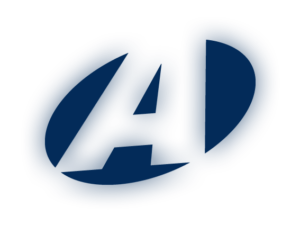 The Yalgogrin Gold Project includes two Exploration Licences (ELs) the EL5891 tenement, which is 2.8 sq. km. (280 ha) and the EL6030, which is 56 sq. km. The advanced gold Project encompasses two historical gold mines and is located in the historic West Wyalong gold corridor of central NSW, Australia. The West Wyalong gold corridor produced 445,700 oz gold mined between 1894-1921. The vendor is a senior consulting geologist with experience working at the Victoria Fosterville gold mine.

Located in the Yalgogrin GoldField

The Yalgogrin Project advanced-stage exploration project is in the Lachlan Fold Belt of NSW in the historic Yalgogrin goldfield. This region has seen significant gold mining over the past 100 years and currently has three major operating gold projects:

There is paved highway access only 37 km. west of the town of West Wyalong on the Newell Highway and 595 km. north of Melbourne.

The local geological environment is a magnetic, magmatic complex of Ordovician age located within the Lachlan Fold Belt. Numerous gold deposits occur in the West Wyalong Temora Adelong district, many of them close to the Gilmore Suture, which is delineated by regional aeromagnetic and gravity data. A sequence of late Ordovician metasediments, which have been intruded by granites of mostly Silurian age is situated to the west of the suture. To the east of the suture, Ordovician metasediment strata form a basement to an extensive sequence of volcanics and sediments, which have been intruded by granitic dioritic, and gabbroic bodies of mostly Early Devonian age. Granodiorite phases of the Siluro-Devonian batholiths are the host to, or were the source of substantial primary and secondary gold mineralisation at Adelong, West Wyalong, and Sebastopol-Junee Reefs (some ore bodies) along the Gilmore Fault Zone.

The Project is geophysics and drill-ready with 3,795 metres over 14 drill holes already completed and a substantial drill hole and magnetic survey database from other explorers from 1953 when BHP explored the area. Recent auger results were 12.5 gm/t and 32.3 gm/t, and 14 DDHs with intercepts ranging from 1.9 gm/t to 1m at 21.5 gm/t.

Approximately 10.1 km southwest of Yalgogrin is a group of workings comprising the Asia-Wyalong Mine, Rowe and Prestons Mine, and the Sheehan Mine, which were staked as EL6030. Further research has identified six reefs in the Asia Wyalong – Sheehans historic mine area. Magnum Gold NL conducted some auger drilling in 1990. The main workings comprise of three shafts up to 91.5 m deep, drives, crosscuts, winzes, stoping and shallow pits extending about 15.3 m over the surface. Prior work was mostly carried out between 1932 and 1936 on a number of quartz veins, which were between 0.76 and 2.2m wide. They strike 340 degrees, with a near vertical dip.

Altogether there are six parallel reef lines within a 60m wide strip. They run parallel to the cleavage and include numerous smaller crosscutting veins. The richest gold is reported to have come from the intersection between the main veins and the smaller veins. Officially, a total of 21.225 kg of gold was won from ore yielding 36g/t (1.15 troy oz) Au up to 1936. Map #5 below shows the arsenic contours that correlate with gold at 20 ppm, eight mine workings, the main shaft and head frame and the auger locations.

Interpretation of a 250,000 to 350,000 m3 target extending from the Hollande prospect through to Walsh’s prospect has been ascertained from 21 drill holes (including AC and RC) and three costeans. The body is dipping at approximately 30 degrees to the southwest and interpreted down to 35 m, which approximates base of oxidation evidenced by aircore refusal. The average intercept grade ranges from 0.5 to 2.5 g/t Au within the target. Waste to ore ratio of the interpreted body based on simple pit outline approximates 2:1. The mineralisation is open along strike to both the northwest of Hollande and also to the southeast of Walsh’s as shown in photo #2 above. Rehabilitation work has been completed and the report lodged satisfactorily for the 69 auger holes and 27 RC and air core holes.

The goal is to fast-track the Project towards resource estimation, feasibility and then mine development in the Neighbour, Last Hurrah, Walsh, Adelaide, and Holland deposits. The Adelaide mine area is not been drilled yet. The plan includes:

Our objective is to define the oxide resource, provide targeting guidance for deeper exploration. In summary the program includes: